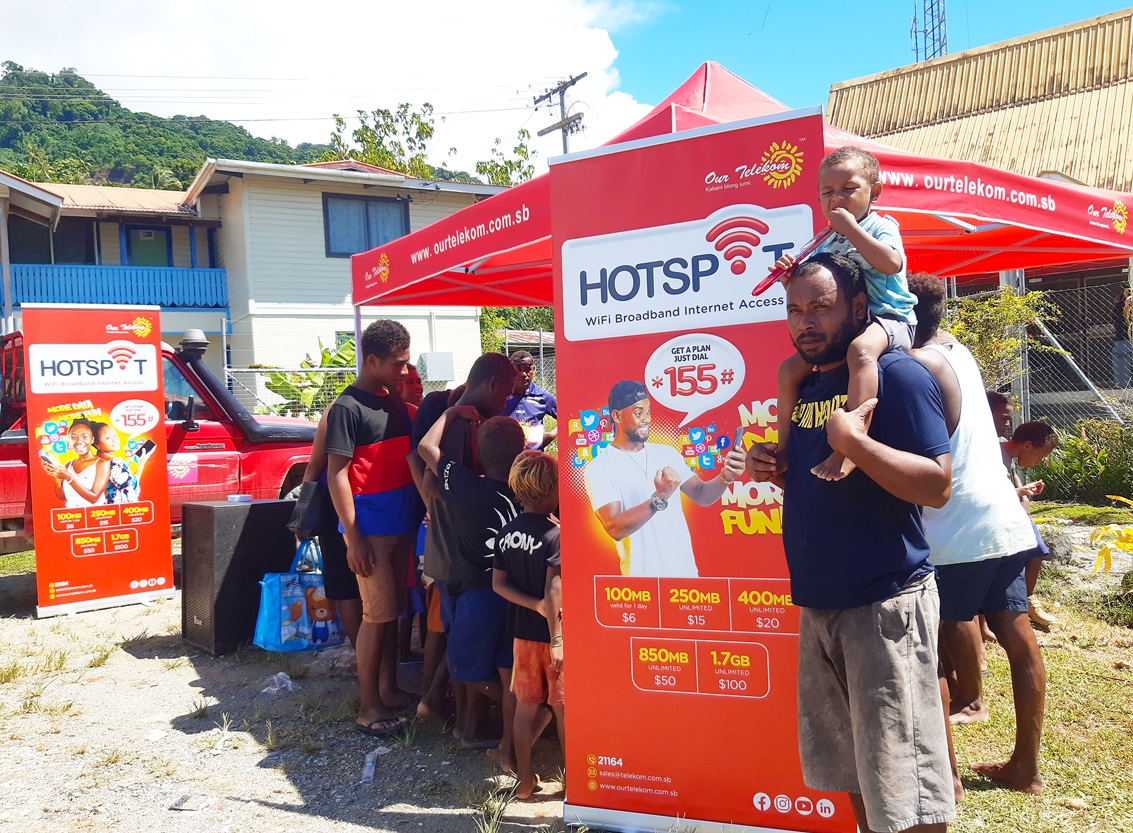 According to a statement from Our Telekom, the broadband satellite link went live on Monday this week at the stroke of midnight.

The connection provides Buala residents and offices with much needed internet access at higher 3G speeds.

This week, a sales team from Our Telekom was in the provincial capital to conduct a public awareness workshop about the new equipment and service.

The installment means that Buala residents can now access the internet through already available Wifi plans through a more stable link with lower latency and buffering time.

During the one day workshop, local elders, government workers and Telekom partners and agents were informed of the benefits of the new satellite link and discussed ways of improving internet based services in Buala.

The event was timed to coincide with Isabel Province’s Second Appointed Day celebrations which normally draws a large crowd to the provincial capital.

Government dignitaries led by the Deputy Prime Minister Manasseh Maelanga, also attended the event which was hosted by the Premier of Isabel Province.

Those who attended the workshop and sales event were also able to purchase handsets and more importantly, get first-hand service and assistance from the Telekom Sales Team.

The WiFi service installation at Buala is part of Our Telekom’s Phase 2 of the telecommunication provider’s development plans.

Other provinces under the Phase 2 plan include Makira and Choiseul, both of which are set to receive their WiFi enabling equipment in the near future.