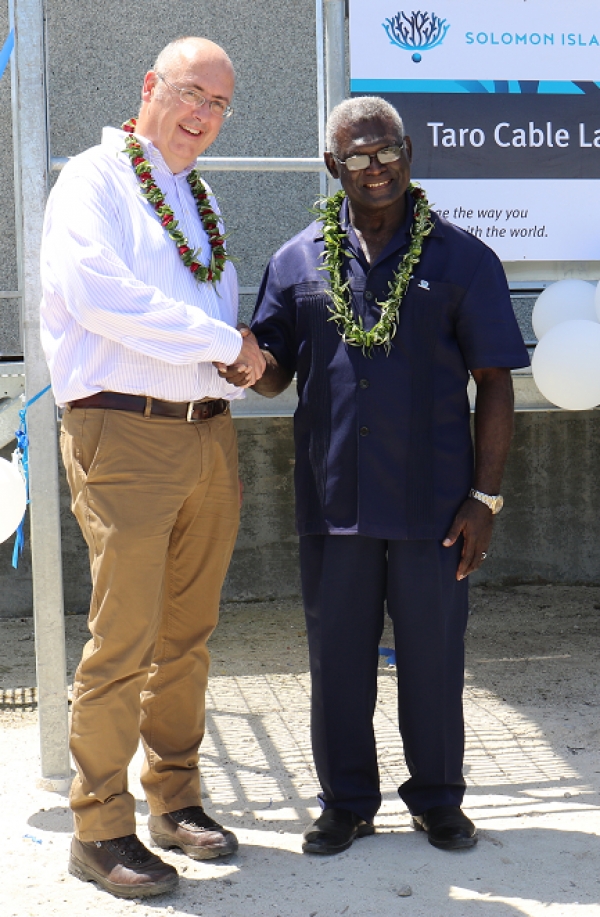 This is according to a press statement from the Australian High Commission in Honiara.

Dr Strahan made the remarks at the official commissioning of the Taro cable landing station early this week.

Taro is the third cable landing station in the Solomon Islands Domestic Network to be officially commissioned.

The first two were in the Malaita capital Auki and in the Western provincial town of Noro.

The station houses the transmission equipment for the Taro portion of the Solomon Islands Domestic Network. As such, it is a vital part of the Network – a 730km submarine fibre optic cable that links Taro, Noro and Auki to Honiara, and then Honiara to Sydney via the Coral Sea Cable System.

“As a result of the enhanced connectivity the cable will bring Taro faster, cheaper and more reliable internet than ever before,” he said.

Returning to his home province, Prime Minister Sogavare spoke of the many benefits that the cable would bring to the people of Choiseul, and of this important collaboration with Australia.

Also in attendance were the Minister for Finance and Treasury, Harry Kuma, Minister for Communication and Aviation, Peter Shanel, the Member for South Choiseul, Robertson Galokale, the Premier of Choiseul Province Watson Qoloni, New Zealand High Commissioner to Solomon Islands, Her Excellency Georgina Roberts and members of the Solomon Islands Submarine Cable Company Board.

The Solomon Islands Domestic Network is part of Australia’s ongoing commitment to the Pacific, and in particular driving prosperity in regional areas such as Choiseul Province.

Both the Coral Sea Cable System and the Solomon Islands Domestic Network are majority grant financed by Australia and reflect Australia’s stepped up engagement in the Pacific.

Customers are expected to be able to access better and cheaper services in early 2020.