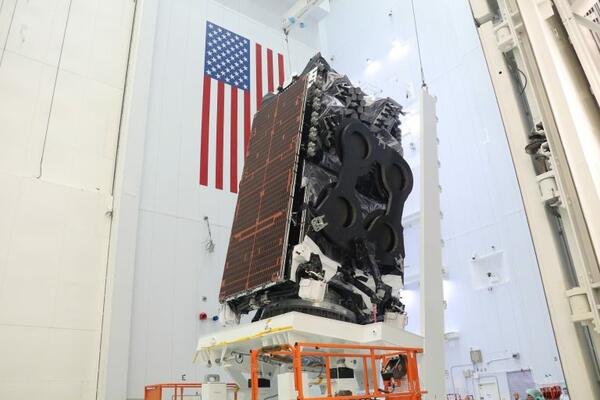 (TCSI): Solomon Islands will benefit from improved satellite broadband streaming with the launch of the Kacific-1 communications satellite this month.

Slated for a December 15th (December 16 Solomon Islands time) launch date, the Boeing built satellite will be launched atop a Falcon 9 rocket to geostationary orbit from the SpaceX facilities in Cape Canaveral, Florida in the United States.

Owned by Kacific Broadband Satellites Group (Kacific), this next-generation high-throughput Ka-band satellite will stream broadband to 25 nations in South East Asia and the Pacific Islands including the Solomon Islands, via 56 spot beams.

According to Kacific Media, the planned launch of the Kacific-1 satellite will improve broadband satellite capacity for the Solomon Islands.

Kacific1 is based on Boeing’s reliable 702MP-satellite platform and will provide the most powerful signal level ever achieved in a commercial satellite in the region.

Kacific1 will deliver high-speed broadband services to previously unserved or under-served people in nations such as the Solomon Islands where populations are widely dispersed, and therefore expensive to connect. Many of these nations are archipelagos or have rugged mountain ranges and large rural territories, making satellite technology the best – and sometimes only – way to connect to the internet and phone networks.

The Kacific system will be particularly appealing to the needs of health and education departments in provinces and villages. Furthermore, satellite broadband access provides critical communications channels to a region which is often victim to tropical storms, cyclones, earthquakes and tsunamis.

Meanwhile, Solomon Islands will soon also benefit from an Australian funded high-speed submarine cable network. The Australian government is assisting by providing the majority of funding for the new cable system, with contributions from the Solomon Islands government.

In recent years, the Solomon Islands has stabilised both politically and economically – and this, along with improvements to mobile infrastructure – has led to a sharp rise in mobile penetration.