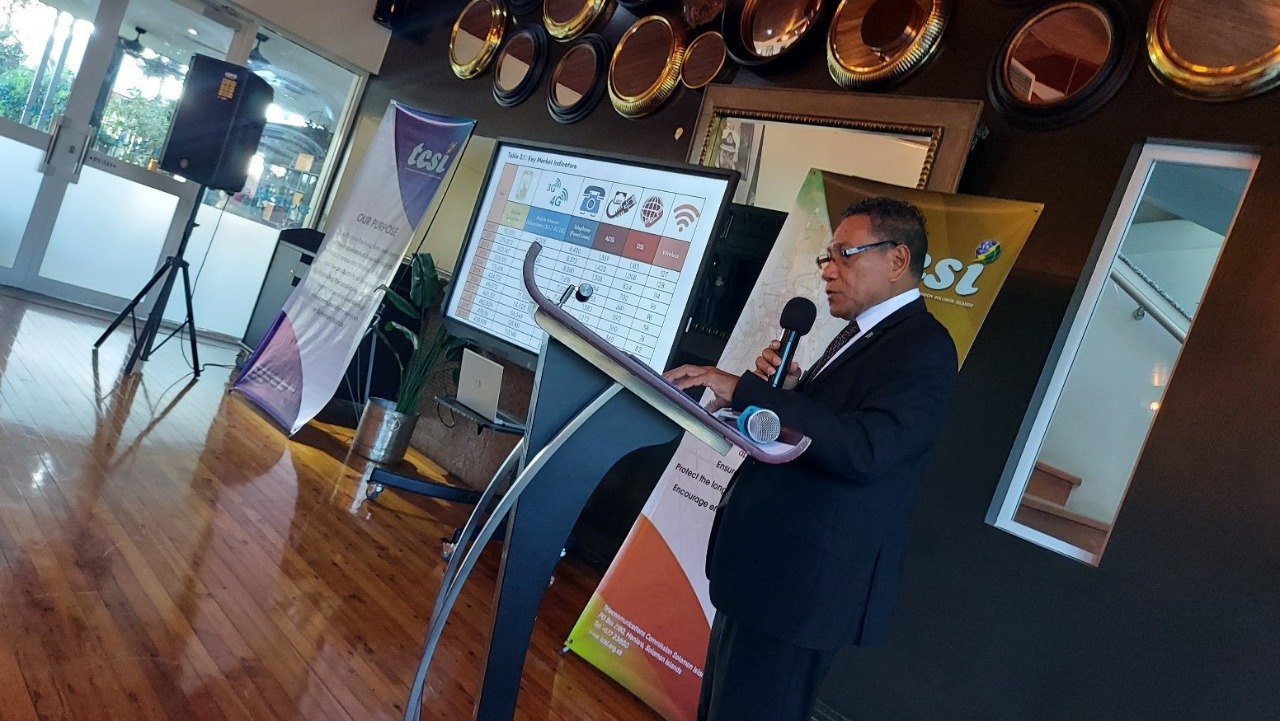 The Report, released in May, is the first to be published under newly appointed Interim Commissioner, Mr. Calvin Ziru.

Covering key developments, challenges and sector-relevant activities in Solomon Islands’ telecommunications market for the 2020 financial year, the Report provides an overview of all relevant regulatory, economic and technical achievements of the Commission.

“This is perhaps the first gathering where the Government, the Regulator and the operators are gathered together to acknowledge the role that we all play in this country” – these were the words of Honorable Minister for Communication, Peter Shanel Agovaka during his Keynote Address at the launching of the TCSI Annual Report at the Heritage Park Hotel yesterday.

In his Keynote Address, Minister Agovaka spoke passionately about his connections with the sector, tracing his origins as a telecommunications engineer, as he gave his commitment to the Regulator and Service Providers to continue to work with them to strengthen telecommunications policy in the country to better serve the people of Solomon Islands.

“I am personally passionate about this sector and believe in its potential as a catalyst for driving the development of numerous other industries in Solomon Islands”, Minister Agovaka said.

He added that all three stakeholders are responsible for the pattern, trend and direction of telecommunications development in the country and urged all of them to take the ‘responsibility’ seriously.

These sentiments were echoed by TCSI’s Interim Commissioner.

“Honorable Minister, your attendance is key because it demonstrates collaboration between key actors in the sector, albeit within the boundaries set down in statute balancing competition between service providers and independence and impartiality of the Regulator,” Mr. Calvin Ziru said in his response to the Minister.

According to the Annual Report, 2020 saw a significant drop in the number of mobile phone subscribers and revenue gained in the sector when compared to the previous year. However, the sector also made headways in the form of higher internet and mobile penetration and an overall increase in the number of mobile internet users against a drop in the price of data. The situation was an indication that the telecommunications sector was poised to bounce back once the economic turmoil brought on by the pandemic subsides.