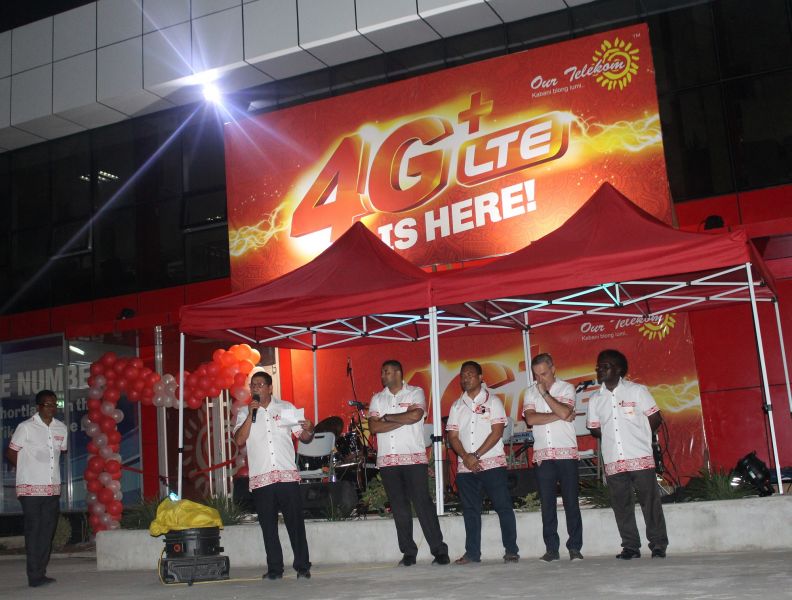 Race to Rollout 4G+ LTE to the Provinces

Recently, residents in the townships of Noro, Gizo and Munda in the Western Province were able to access the mobile broadband service after Telekom went ‘4G+ LTE live’ in the provincial locations.

Telekom subscribers in the Malaita capital, Auki also went live during the 4G rollout as part of the local telecommunication giant’s first to market push.

The mobile network operator announced in late October that it had completed hardware installation work for the next-generation service in the fishing township of Noro.

Back then, the usually quiet port settlement gained much attention when it found itself at the center of a strategic rivalry between three service providers vying to expand their 4G presence to the provinces.

Less than two months later, residents in all four provincial townships will now be able to enjoy a more seamless high-speed mobile broadband experience while on the go – albeit only on 4G capable devices.

But Telekom’s push to establish better 4G access in the provinces under its second Business Transformation Project is not without competition.

SatSol was the first to establish its 4G LTE location in Noro, carrying out installations on the site in September this year.

The move was part of SatSol’s wider push to improve connectivity in the provinces and increase access to internet based services there.

According to SatSol’s Head of Sales and Marketing, Malcolm Kuper, his company’s 4G rollout in Noro and Auki are underway with anticipated launch dates expected soon.

However, Mr. Kuper said unlike Telekom and Bmobile, SatSol’s 4G service will only be available at the provincial locations through fixed home and business connections.

Another difference in SatSol’s 4G service is that it uses a backend setup that is different from the one used by Telekom and Bmobile, implying more diversity in terms of better security and performance.

TCSI Media understands that the country’s only other mobile network operator, Bmobile has also established a 4G presence in the provincial townships of Noro, Gizo, Munda and Auki.

All three service providers have been offering the broadband service to their subscribers in Honiara for some years and all have been eyeing expansion to the provinces for some time.

Solomon Islands has seen a dramatic change to the country’s mobile and internet services landscape since the sector’s market was opened up for investment in 2009.

The move paved the way for new service providers including SatSol and Bmobile to enter the telecommunications market, encouraging competition and affordable services.

Amidst a continuous drop in prices for services offered over the last decade, the service providers have had to respond to the resulting increase in demand for data and high-speed internet from customers.

Telekom’s recent 4G+ LTE launch is part of the company’s response to this demand and ongoing efforts to continue offering the best experience to its customers.